Ralph Nader appeared today on Democracy Now! and gave his opinion on Barack Obama, John McCain, and the difference between their campaigns and his. During election time it's so easy to get in the "Republican vs Democrat" mentality that it's easy to forget which issues one actually cares about in politics and whether they are being represented in the major campaigns. Nader's interview with Amy Goodman may help you remember.
Posted by Delta at 2:30 PM 10 comments: 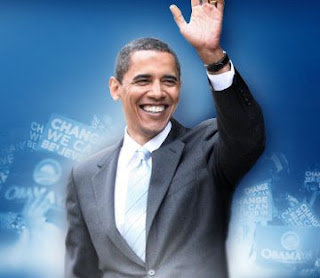 With just half a week having passed since Obama brought on Jason Furman, the man who in 2005 wrote a lengthy defense of Walmart entitled "Walmart: A Progressive Success Story", as his chief economic advisor, I think it's becoming more and more clear that progressives need to do something different this election cycle if we are hoping to get the change that our country so desperately needs. Do you remember the election of 2006? Do you remember all the "hope" we had then? Remember the claims and expectations that as soon as the Democrats regained power that this ridiculous war in Iraq would end and that Bush and his cronies would possibly be impeached and removed from office? On looking back, it seemed that we were all so naive to think that the Democrats would have done anything regarding these promises. Yet here we are again, in 2008, "hopeful" as usual. Why are things going to be different this time? Is it because Obama has a crack PR team and the good guess of his website crew that people would respond so positively to images of a politician who looks like he's coming out of the clouds like a god?

I don't buy it, and I don't plan on being duped again this year. That is why I'm supporting (at least for now) the Nader/Gonzalez ticket. Despite the virtual complete blackout from the mainstream media, Nader is polled at a remarkable 6% of the electorate. This is considered an important number because many debate organizers have minimum thresholds of 5% of the vote to get to the debate. Can you imagine the impact of having Obama being forced to go up against Nader and McCain in a debate? Obama wouldn't be able to just slip by with arguing for centrist policies, he would actually have to commit to progressive positions. I think that getting Nader in the upcoming Presidential debates should be first priority for any Obama supporters out there. This is one of the easier ways for you to help Obama stay true to the progressive values that you assign to him and to actually give his campaign the substance that would make it deserving of the hope that so many seem to have in it.

Again, it's pretty simple. If you are willing to vote for Obama, regardless of what his positions are as long as he is to the left of McCain, he is acting in the most rational way if he decides to go further to the right. In this way he picks up more conservative votes and doesn't have to worry about losing yours. Only if you give the impression that you won't vote for him if he doesn't make progressive changes in our government will he take to the time to actually do any of it. Remember, Obama has been in Washington for many years now and has he shaken up this illegal government? No, he's been rather passive. So why would you expect anything else if you don't force him to be different?
Posted by Delta at 10:20 AM 10 comments:

May 1968 and Gore Vidal on Democracy Now!

I've been out of the political loop for awhile. This is due to a combination of a rush of research related material that I've been needing to get done (I submitted my first paper this past month), finishing up the cycling season, and honestly, also due to the fact that I am nearly uninterested in the whole Obama vs Clinton war (unfortunately, that is all that anyone wants to talk about).

However, I glanced at the Democracy Now! update that I get daily in my mailbox this week and noticed that they were going to talk about the spectacular events that occurred in France in May of 1968. I've read a good deal about these events in the past and always enjoy hearing more, even if it's just more of the same, because of how fascinating these events were and the hope it gives me that someday again everyday people will reach this level of political and social awareness.

There's also a great interview by Amy Goodman of Gore Vidal. It's actually probably the most entertaining interview that I've ever seen her do. I really recommend both of these. They are from the show from this Wednesday and you can find them here. Check them out and if you're interested we can discuss them in the comments.

Note: Democracy Now! now has a wide variety of video selection formats to choose from (including torrent) that they didn't have a couple of months ago.
Posted by Delta at 9:35 AM 2 comments:

Driving to a road cycling race this weekend I heard a song called "Haillie Sallasse, Up Your Ass" by a group called Propagandhi (on the driver's iPod, not the radio). It's not the best song in the world, but it's sort of catchy, and I like how they don't shy away when they say 'Fuck religion' over and over again. And in any case, someone made a YouTube video to go along with it that lists some of the reasons why religion is so harmful to society.

Iraq War Blogswarm: 'We Own the World' by Noam Chomsky

So I'm a little bit late on my post for the March 19th Iraq War BlogSwarm. Let's just say that yesterday was a busy day.

I thought about what would be most appropriate to write here. Simple criticism of the Iraq War, while certainly valid, lacked the historical context that I wanted to provide linking this war to the way our government always operates. The Iraq War was not just a 'botched job', a 'miscalculation in the fight for freedom', or a 'misguided attempt to attack the evil-doers', it was instead a simple application of the way our government works. Power and profit for the few, squalor and death for the others. Noam Chomsky, whose ability to step back and see the big picture always makes his thoughts illuminating, wrote an essay at the beginning of this year entitled 'We Own The World' that expresses the sort of ideas that I wanted in this post. Feel free to check it out.
Posted by Delta at 8:57 AM 8 comments: